Made in Art Performance

Volga Shipping Company commences large-scale programme on its fleet modernization: the first ship has been laid down

Volga Shipping Company JSC has commenced a large-scale shipbuilding programme aimed at its fleet modernization. On 21 October 2021, keel-laying ceremony was held at Okskaya Shipyard for the  Konstruktor Yegorov, lead ship of a new series of project RSD71.

RSD71 is a new domestically developed design of sea-and-river going ships. The project will be first implemented in the Nizhny Novgorod Region, by Okskaya Shipyard. Ordered by Volga Shipping Company, Project RSD71 was designed together with Marine Engineering Bureau LLC specially for the cargo base of the shipping company. The series of four dry cargo carriers is to be completed in 2023: two units will be delivered in 2022 with the delivery of two more vessels scheduled for 2023.

“We need at least 20 ships of that design. Project RSD71 is in high demand and it properly fits our cargo base, - said Yuri Gilts, General Director of Volga Shipping Company JSC. – That will be our flagship which will replace the aging dry cargo fleet. The new ship will feature higher universality as compared with ships of Volgo-Don Max class. Its dimensions will let us deal efficiently with unique project cargoes in fast-growing segments of the market. We are proud to have the lead ship named after Gennady Yegorov, national shipbuilding ideologist, with whom Volga Shipping Company implemented numerous joint projects. That design was developed through our joint efforts and long discussions.” 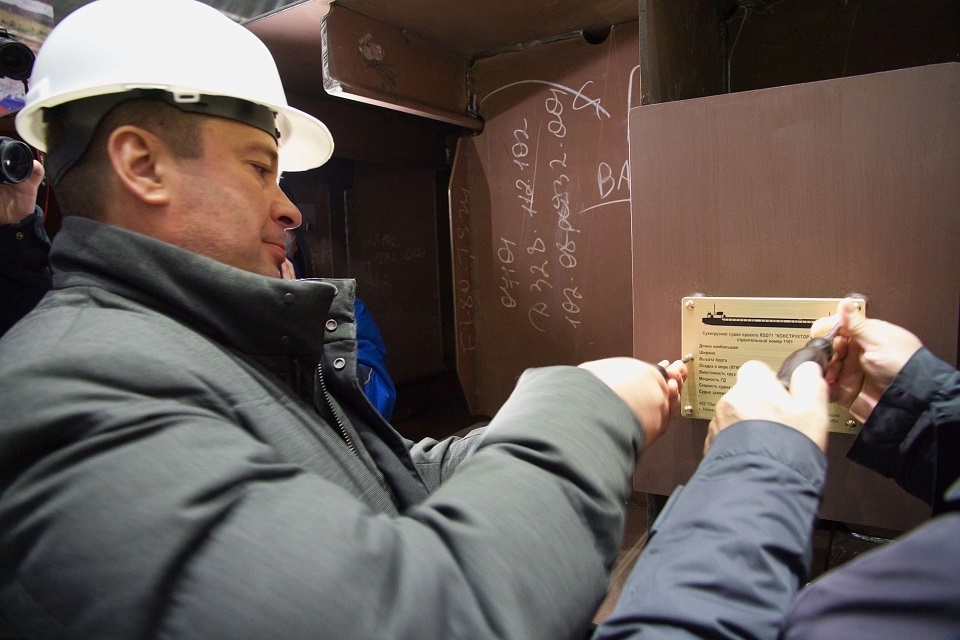 The keel-laying ceremony was attended by Aleksandr Yegorov, General Director of Marine Engineering Bureau LLC, who thanked Volga Shipping Company for the proposal to name the new ship after his father.

“RSD71 is the last project developed by Gennady Yegorov. The today’s event is certainly very significant for MEB and the entire industry. The new design has some specific features – with a length of only 120 meters it has the longest hold (83.5 meters) among the ships of its class and lets pursue a concept of utmost transportation of heavy cargo. Hopefully, the new dry cargo ship will carry the philosophy we implied together with the customer”.

The key advantage of RSD71 ships is their universality which guarantees efficient operation in the sea with a deadweight of 7,170 tonnes and on inland routes with a deadweight of 4,380 tonnes. The new design meets all the recent environmental standards including compliance with Tier III to reduce NOx emissions. It also includes the most advanced systems of automation and assistance to navigation.

Modernization of its dry cargo fleet will let Volga Shipping Company retain and strengthen its position in transportation of export cargo within the market’s most fast-growing segments.